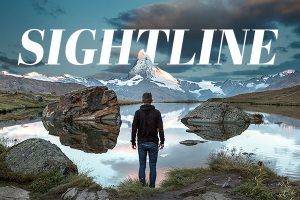 Hello, friends! Thank you for your willingness to share your gifts with our church family during this summer series!

I have created this page to communicate the details of the summer series at Salem FFC so that you can see the title of the series, the overall theme, the Scripture passages we will be using, and some of my thoughts on those passages. What I’m asking of you is that you read over and pray over these passages and discern which ones most resonate with your heart. Please choose your “top 3” passages, and in addition, if there is one that really doesn’t connect to you, identify it as a “veto.” Then via email, text, Facebook message, carrier pigeon, smoke signal, etc, communicate those things to me. It is my hope that each of you will be able to preach from one of those “top 3” passages when all the dust settles. If, after looking over the list of passages, you realize you’d be comfortable preaching on any of them, please let me know that as well! Please let me know how you feel led in the midst of these passages by Wednesday July 24th at noon, as this is when I’ll need to match up preachers with passages in the series to determine which one I will use on Sunday, July 28th. Thanks!

The series we’re sharing is called Sightline and will focus on several passages from the Gospels that share a common element: they all contain references to Jesus “seeing” or “looking at” someone. In each case, the fact that Jesus has someone in his sightline could simply be assumed. The fact that it isn’t, and is instead made clear in the words of Scripture, makes these interactions more intimate and meaningful. Through the eyes of Jesus, these people were seen by God. And, we are still seen by God today. I chose the title Sightline because it is defined as “an unobstructed line of sight between an intentional observer and a subject of interest.” We are seen by a God who looks at us intently and values us immensely.

In the first sermon of the series (on July 21st) I used the passage John 1:35-42 in which Jesus “looked at” Peter, then made a pronouncement about who he was in that moment, and who he would become. If you’re interested in hearing the message, to get an idea of how I used the passage to open the series, you can check out our sermon page. (The posting of the message audio and video may be somewhat delayed this week due to Yearly Meeting Sessions.) Or if you’d like me to send you my sermon notes, just let me know.

Here is the schedule of preachers for this series:

Here are the passages (other than the one I already used on the 21st) we’ll be using, along with some complimentary passages as I stumbled upon them, and some of my initial thoughts on them:

MATT FOWLER      John 5:6 (full context v. 1-9)
We are seen by God when we feel forgotten or just another face in the crowd. This man had been an invalid for 38 years (!) and was surrounded by “a multitude of invalids.” He was “broken” and lost in a crowd of brokenness. He had no hope, since his only chance for healing depended on his ability to get into the healing pool in a timely manner. Again, as he often does, Jesus leads with a question: “Do you want to be healed?”

LIZ BRAINARD        John 19:26 (full context v. 23-27)
We are seen by God when we face tragic loss and feel powerless to do anything about it. Some of those closest to Jesus, and the only ones willing to risk being seen near him at his crucifixion, have just watched the soldiers remove the last bit of human dignity he had left: his clothing. They had no power to stop his suffering or their own grief. Jesus was already giving himself for them, and in this moment, when he sees them, he also gives them each other.

PETE FOWLER         Matthew 9:36 (full context v. 35-38)
We are seen by God in our misguided distress. Jesus likens the crowd to a “sheep without a shepherd,” which is a critique of their existing shepherds: the Jewish religious leaders. Instead of receiving proper guidance, help and provision from those leaders, they instead only received heavy burdens. They were both “harassed and helpless.”
Psalm 23, Lk. 11:45-46

ANDY BLACK     Mark 3:5 (full context v. 1-6)
We are seen by God when we silently consent to the suffering of others. It was probably courageous for this man with a withered hand to even go into the synagogue! Some people who felt Jesus to be a threat simply saw this man as a means to an end… a commodity to use to get what they wanted. When given the opportunity to speak up about the importance of doing good and giving life, their silence was deafening. This is one of the very few times we’re told that Jesus looked/spoke with anger.

JAMES TALBERT       Mark 10:21 (full context v. 17-23)
We are seen by God when we are holding onto the things of this world too tightly. It’s important to note that Jesus “looked at him and loved him.” Not judgment, or frustration, but love. Yet, in love, he would not withhold the truth that could set the man free. Following Jesus would mean letting go of other things, and the man was not willing.
Lk 9:57-62